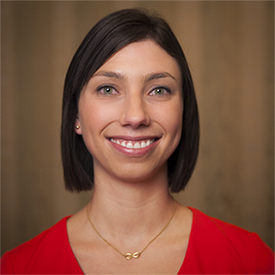 Nicole Allen is the Director of Open Education for SPARC. In this role she leads SPARC’s work to advance openness in education, with a dual focus on public policy and engaging the library community to advance this issue on campus.

Nicole is an internationally recognized expert and leading voice in the movement for Open Education. Starting during her own days as a student, she has worked tirelessly to elevate the issue of college textbook costs and access to education into the public spotlight and to advance openness as a solution in both policy and practice. Drawing on her perspective as both a Millennial and as a professional with more than a decade of experience in this field, she has been widely cited in the media and has given hundreds of talks and trainings in more than a dozen countries on open education, open policy, and grassroots advocacy.

Nicole’s career began in 2006 with the Student Public Interest Research Groups, where she worked with college students across the United States to organize numerous large-scale grassroots campaigns on college affordability and related issues. In 2013, Nicole joined SPARC to develop and lead a new program on open education, which has since evolved into a robust community of practice of academic librarians at hundreds of campuses, and a diverse advocacy portfolio spanning state, national and international policy. She also continues to work with students through the Right to Research Coalition and as part of the organizing team for OpenCon.

Nicole graduated from the University of Puget Sound in 2006 with a Bachelors of Arts in Philosophy. Currently she splits her time between her home in Providence, RI, and SPARC’s headquarters in Washington, DC.

Nicole will be speaking during lunch on Thursday, April 12. Her presentation slides are available here. 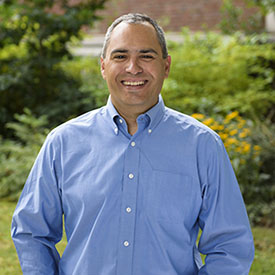 Joe Marquez is the Social Sciences and User Experience librarian at Reed College. Joe’s accidental foray into service design happened in 2013, when he was asked to assess library spaces. Since then, he has never looked back. Joe has presented, consulted, and co-authored multiple articles on service design, as well as two books: Library Service Design: A LITA Guide to Holistic Assessment, Insight, and Improvement (2016) and Getting Started in Service Design (2017). In 2017, he was awarded the first Future of Libraries Fellowship for his work in creating the Library Service Design Heuristics from the ALA Center for the Future of Libraries. Joe received his MLIS from University of Washington and his MBA from Portland State University. In his free time he keeps bees and his sons keep him.

Joe will be speaking during lunch on Friday, April 13.